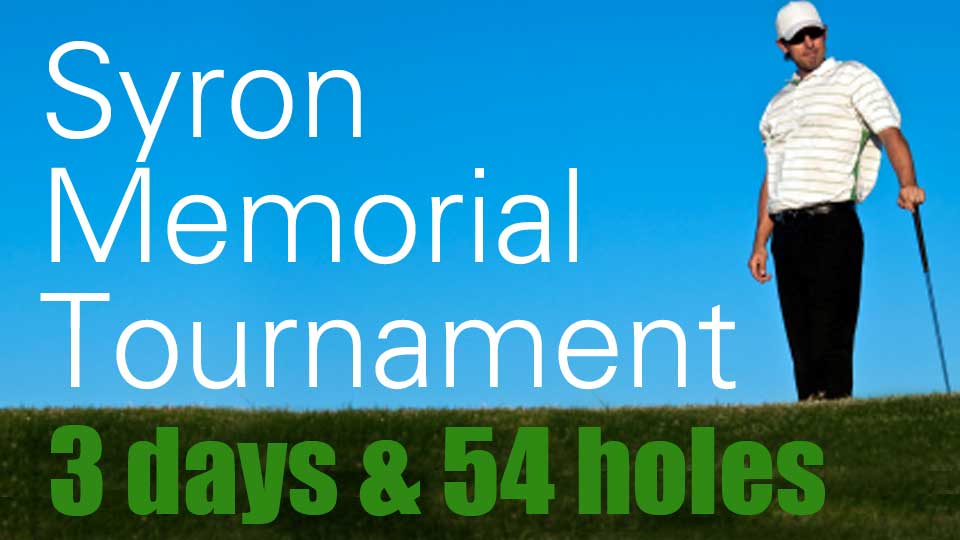 The annual Frank Syron Memorial Tournament is help at Pontiac Country Club every Forth of July weekend. 144 of the finest Amateur golfers in the state compete in the three-day, 54-hole event.

It is a tribute to Frank Syron, who passed away in 1969 at the age of 69. He was a tireless promoter of the game, back in the days when golf wasn’t as popular as it is now. He would put on free exhibitions with the top players of the day such as Byron Nelson, Jimmy Demaret, Ed Furgol and Walter Burkeno to encourage people to experience the game.

Frank Syron came to Michigan in 1918 and accepted a job as a caddie master at Bloomfield Hills Country Club. He moved to Orchard Lake Country Club as head Pro in 1926. While there, among the people he taught was the former Olympic standout and future three-time U.S. Women’s Open Champion, Babe Didrikson Zaharias.

He made a big career move in 1941 when he and his wife purchased a run down little course called Pontiac Country Club. Six decades later the Syron Family hosts this tournament not as a revenue booster, but rather as a testimonial to the man that started it all with the love of the game of golf.

On May 1st. Contact Mark Syron for more information.